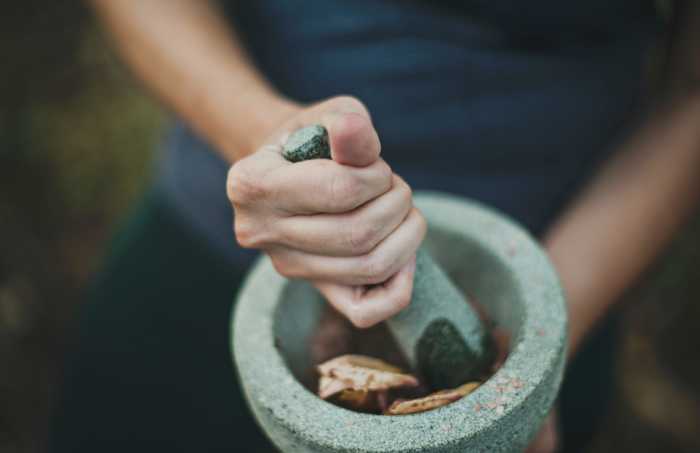 Originating from South Africa, Botswana and Namibia, Devil’s Claw has been used medicinally for thousands of years by the people of the Kalahari Desert. The most common application is for indigestion. However, it also known for its pain-relieving qualities and in healing wounds [i]. Devil’s claw is a flowering plant of the sesame family. The root of the plant possesses several active plant compounds and is used as a herbal supplement. It is available in many forms such as tinctures, powders and tea.

Devil’s claw is used as a powerful digestive tonic, due to the powerful antioxidant flavonoids and phytosterols it contains. Devil’s claw is also a choleretic (stimulates bile production) and antispasmodic which help to maintain overall digestive health. It soothes the inflammation caused by acid reflux and is therefore useful in cases of heartburn. For the same reason it can also soothe symptoms of stomach upset. That said, those with stomach ulcers, gallstones or duodenal ulcers should not take Devil’s Claw [ii].

Devil’s claw contains iridoid glycosides, a class of compounds which have demonstrated anti-inflammatory effects [iii]. This means the plant may have the protective capacity against the cell-damaging effects of unstable molecules called free radicals [iv]. In test-tube and animal studies, harpagoside has lowered inflammatory responses, making it a potential application for inflammatory conditions. It is said this action is also attributed to iridoid glycosides [v]. This anti-inflammatory action was seen in a study in mice [vi].

Gout is characterised by painful swelling and redness in the joints. The condition develops due to a buildup of uric acid in the blood, which is formed when purines (compounds found in the body and in certain foods) are broken down during digestion and absorption. The anti-inflammatory actions of Devil’s claw have led researchers to explore its potential in inflammatory diseases such as gout [vii].

It has also been suggested via evidence from clinical trials that devil’s claw taken daily may be as effective at reducing osteoarthritis pain as a medication commonly used to treat this condition [viii].

Devil’s claw has been studied for its potential use in controlling appetite in cases of over-eating and binge eating disorders. This is due to its action in stopping or slowing the production of the “hunger hormone”, ghrelin [ix].

Pregnancy and Breastfeeding: There is lacking conclusive studies on Devil’s Claw in pregnant or breastfeeding women and is therefore not recommended.

Diabetes: Diabetics should not take Devil's Claw except under strict medical supervision, as it may significantly lower the dose of insulin required. 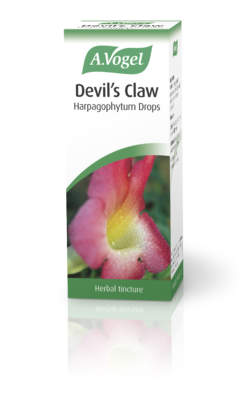 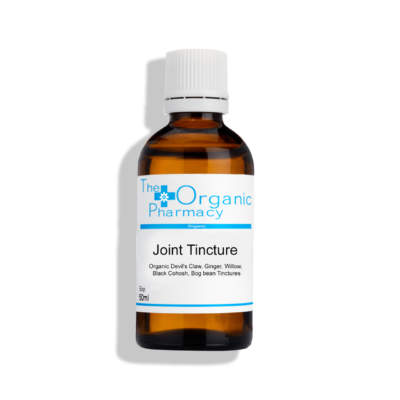 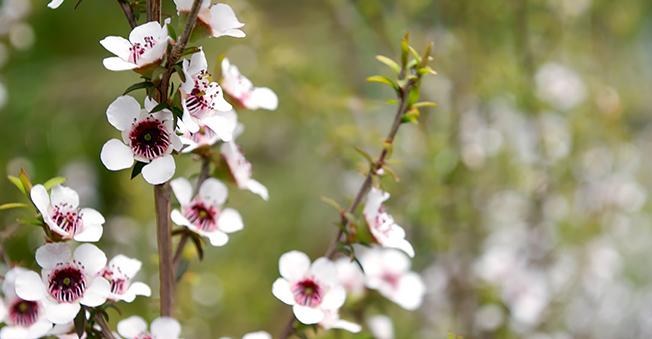